NLP Basic : What is NLP? 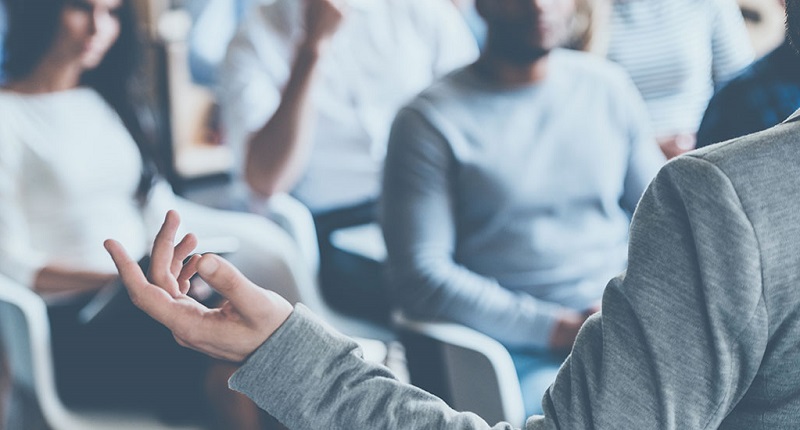 Neuro-linguistic programming (NLP) is a pseudoscientific approach to communication, personal development, and psychotherapy created by Richard Bandler and John Grinder in California, United States, in the 1970s. NLP’s creators claim there is a connection between neurological processes (neuro-), language (linguistic), and behavioral patterns learned through experience (programming), and that these can be changed to achieve specific goals in life. Bandler and Grinder also claim that NLP methodology can “model” the skills of exceptional people, allowing anyone to acquire those skills. They claim as well that, often in a single session, NLP can treat problems such as phobias, depression, tic disorders, psychosomatic illnesses, near-sightedness, allergy, the common cold,[6] and learning disorders.[7][8] NLP has been adopted by some hypnotherapists and also by companies that run seminars marketed as leadership training to businesses and government agencies.

There is no scientific evidence supporting the claims made by NLP advocates, and it has been discredited as a pseudoscience. Scientific reviews state that NLP is based on outdated metaphors of how the brain works that are inconsistent with current neurological theory and contain numerous factual errors. Reviews also found that all of the supportive research on NLP contained significant methodological flaws and that there were three times as many studies of a much higher quality that failed to reproduce the “extraordinary claims” made by Bandler, Grinder, and other NLP practitioners.

NLP can be understood in terms of three broad components and the central concepts pertaining to those:

Subjectivity. According to Bandler and Grinder:

Learning. NLP utilizes an imitative method of learning—termed modeling—that is claimed to be able to codify and reproduce an exemplar’s expertise in any domain of activity. An important part of the codification process is a description of the sequence of the sensory/linguistic representations of the subjective experience of the exemplar during the execution of the expertise.

Techniques or set of Practices

According to one study by Steinbach, a classic interaction in NLP can be understood in terms of several major stages including establishing rapport, gleaning information about a problem mental state and desired goals, using specific tools and techniques to make interventions, and integrating proposed changes into the client’s life. The entire process is guided by the non-verbal responses of the client. The first is the act of establishing and maintaining rapport between the practitioner and the client which is achieved through pacing and leading the verbal (e.g., sensory predicates and keywords) and non-verbal behavior (e.g., matching and mirroring non-verbal behavior, or responding to eye movements) of the client.

Once rapport is established, the practitioner may gather information (e.g., using the Meta-Model questions) about the client’s present state as well as help the client define a desired state or goal for the interaction. The practitioner pays particular attention to the verbal and non-verbal responses as the client defines the present state and desired state and any “resources” that may be required to bridge the gap. The client is typically encouraged to consider the consequences of the desired outcome, and how they may affect his or her personal or professional life and relationships, taking into account any positive intentions of any problems that may arise (i.e. ecological check). Fourth, the practitioner assists the client in achieving the desired outcomes by using certain tools and techniques to change internal representations and responses to stimuli in the world. Finally, the changes are “future paced” by helping the client to mentally rehearse and integrate the changes into his or her life. For example, the client may be asked to “step into the future” and represent (mentally see, hear, and feel) what it is like having already achieved the outcome.

NLP has been promoted with claims it can be used to treat a variety of diseases including Parkinson’s disease, HIV/AIDS, and cancer. Such claims have no supporting medical evidence. People who use NLP as a form of treatment risk serious adverse health consequences as it can delay the provision of effective medical care.

Early books about NLP had a psychotherapeutic focus given that the early models were psychotherapists. As an approach to psychotherapy, NLP shares similar core assumptions and foundations in common with some contemporary brief and systemic practices, such as solution-focused brief therapy. NLP has also been acknowledged as having influenced these practices with its reframing techniques which seeks to achieve behavior change by shifting its context or meaning, for example, by finding the positive connotation of thought or behavior.

According to Stollznow (2010) “Bandler and Grinder’s infamous Frogs into Princes and their other books boast that NLP is a cure-all that treats a broad range of physical and mental conditions and learning difficulties, including epilepsy, myopia, and dyslexia. With its promises to cure schizophrenia, depression and Post Traumatic Stress Disorder and its dismissal of psychiatric illnesses as psychosomatic, NLP shares similarities with Scientology and the Citizens Commission on Human Rights (CCHR).” A systematic review of experimental studies by Sturt et al (2012) concluded that “there is little evidence that NLP interventions improve health-related outcomes.” In his review of NLP, Stephen Briers writes, “NLP is not really a cohesive therapy but a ragbag of different techniques without a particularly clear theoretical basis…[and its] evidence base is virtually non-existent.” Eisner writes, “NLP appears to be a superficial and gimmicky approach to dealing with mental health problems. Unfortunately, NLP appears to be the first in a long line of mass marketing seminars that purport to virtually cure any mental disorder…it appears that NLP has no empirical or scientific support as to the underlying tenets of its theory or clinical effectiveness. What remains is a mass-marketed serving of Psychopablum.”

André Muller Weitzenhoffer—a friend and peer of Milton Erickson—wrote, “Has NLP really abstracted and explicated the essence of successful therapy and provided everyone with the means to be another Whittaker, Virginia Satir, or Erickson?…[NLP’s] failure to do this is evident because today there is no multitude of their equals, not even another Whittaker, Virginia Satir, or Erickson. Ten years should have been sufficient time for this to happen. In this light, I cannot take NLP seriously…[NLP’s] contributions to our understanding and use of Ericksonian techniques are equally dubious. Patterns I and II are poorly written works that were an overambitious, pretentious effort to reduce hypnotism to a magic of words.”

Clinical psychologist Stephen Briers questions the value of the NLP maxim—a presupposition in NLP jargon—”there is no failure, only feedback”. Briers argues that the denial of the existence of failure diminishes its instructive value. He offers Walt Disney, Isaac Newton, and J.K. Rowling as three examples of unambiguous acknowledged personal failure that served as an impetus to great success. According to Briers, it was “the crash-and-burn type of failure, not the sanitized NLP Failure Lite, i.e. the failure-that-isn’t really-failure sort of failure” that propelled these individuals to success. Briers contends that adherence to the maxim leads to self-deprecation. According to Briers, the personal endeavor is a product of invested values and aspirations, and the dismissal of personally significant failure as mere feedback effectively denigrates what one values. Briers writes, “Sometimes we need to accept and mourn the death of our dreams, not just casually dismiss them as inconsequential.” Briers also contends that the NLP maxim is narcissistic, self-centered, and divorced from notions of moral responsibility.

Although the original core techniques of NLP were therapeutic in orientation their generic nature enabled them to be applied to other fields. These applications include persuasion, sales, negotiation, management training, sports, teaching, coaching, team building, and public speaking.

The names NLP and Neuro-linguistic Programming are not owned by any person or organization, they are not trademarked intellectual property and there is no central regulating authority for NLP instruction and certification. There is no restriction on who can describe themselves as an NLP Master Practitioner or NLP Master Trainer and there is a multitude of certifying associations; this has led Devilly (2005) to describe such training and certifying associations as granfalloons, i.e. proud and meaningless associations of human beings.

There is great variation in the depth and breadth of training and standards of practitioners, and some disagreement between those in the field about which patterns are, or are not, actual NLP. NLP is an open field of training with no “official” best practice. With different authors, individual trainers and practitioners having developed their own methods, concepts, and labels, often branding them as NLP,[38] the training standards and quality differ greatly. In 2009, a British television presenter was able to register his pet cat as a member of the British Board of Neuro-Linguistic Programming (BBNLP), which subsequently claimed that it existed only to provide benefits to its members and not to certify credentials.