How Does NLP Process and How Effective Is It? 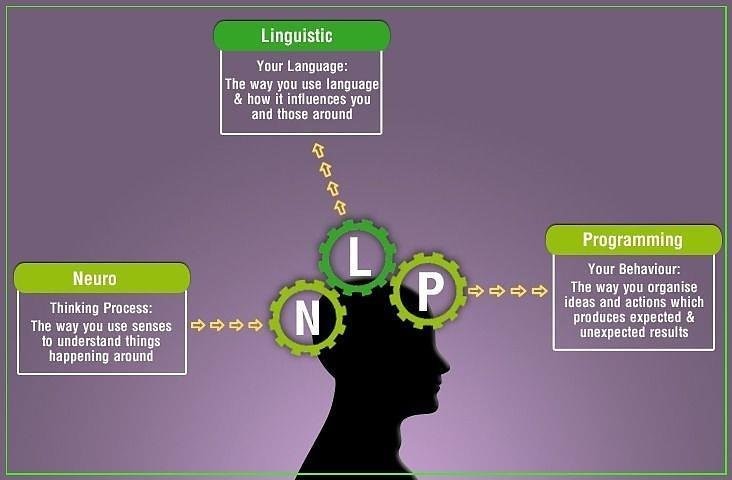 The Neuro-Linguistic Programming (NLP) process is all about bringing about changes in perception.

Responsible communication and developing choices of responses or communication in a given situation. The situation can be personal or professional. But NLP process empowers you by giving you choices and also being responsible for the choice made by you.

NLP might appear like magic or hypnosis. During therapy, the subject goes deep into their unconscious mind and sifts through layers and layers of beliefs and perceptions to become aware of an experience in early childhood that is responsible for a behavior pattern.

NLP process on the principle that everyone has all the resources they need to make positive changes in their own life. The techniques are used as a tool to facilitate these changes.

NLP Therapy can be content free. That means the therapist can be effective without knowing about the problem in great detail.

Hence the therapist need not be told about the event or even the issue, thereby ensuring privacy for the client. Besides this, we also have a non-disclosure agreement in which the interaction between the client and the therapist is kept confidential.

NLP believes in the perfection of nature in human creation. Hence NLP encourages the client to recognize their sensory sensitivities and use them to respond to a particular problem. In fact, NLP also believes that the mind is capable of finding even cures to ailments and diseases.

NLP has its roots in the field of behavioral science, developed by Pavlov, Skinner, and Thorndike. It uses physiology and the unconscious mind to change thought processes and therefore behavior.

How NLP Process In Therapy

A core concept of NLP can be summarized by the saying, “The map is not the territory,” because it highlights the differences between belief and reality. It points out that each person operates within their own perspective rather than from a place of objectivity.

Proponents of NLP believe everyone’s perception of the world is distorted, limited, and unique. A therapist who practices NLP must therefore understand how a person in treatment perceives their “map” and the effect this perception may have on that person’s thoughts and behavior. 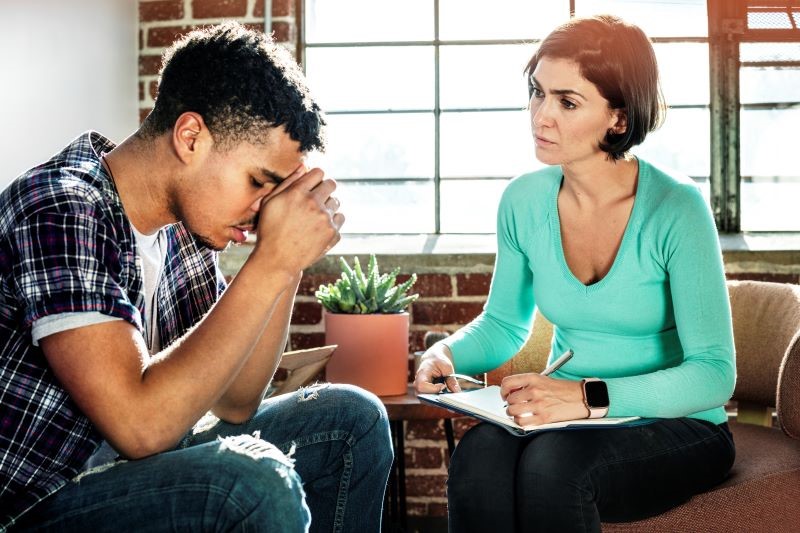 An individual’s map of the world is formed from data received through the senses. This information can be auditory, visual, olfactory, gustatory, or kinesthetic.

For an NLP process in therapist to work effectively with a person in treatment, the therapist must attempt to match that individual’s PRS to use their personal map. NLP practitioners believe it is possible to access representational systems using cues, such as eye movements. 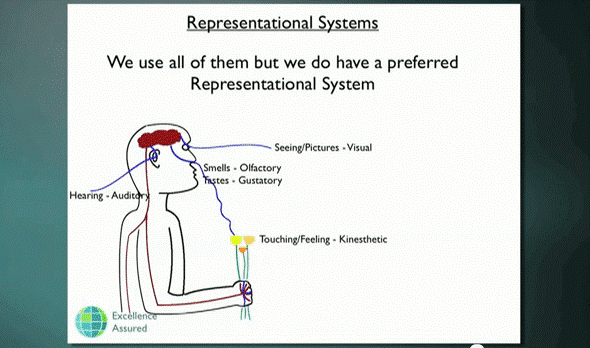 NLP therapists work with people to understand their thinking and behavioral patterns, emotional state, and aspirations. By examining a person’s map, the therapist can help them find and strengthen the skills that serve them best and assist them in developing new strategies to replace unproductive ones. This NLP process can help individuals in therapy reach treatment goals.

Some advocates of NLP compare the approach to cognitive behavioral therapy (CBT) but assert positive changes may be made with NLP in less time. 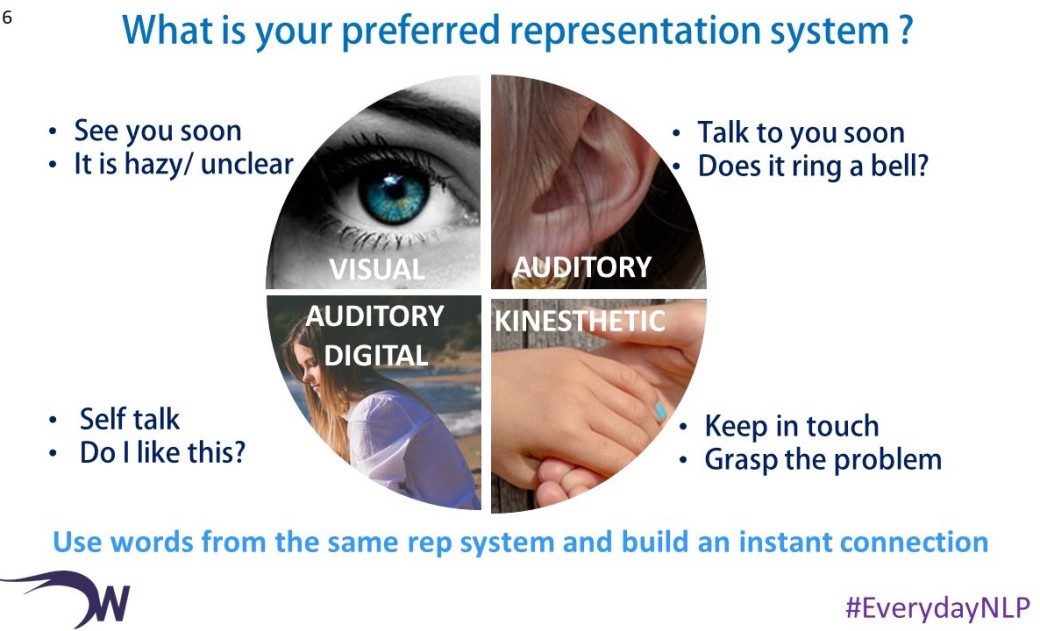 Since its creation, neuro-linguistic programming has been used to treat a wide range of issues. These include:

Though limited in number, scientific studies have investigated the effectiveness of NLP as a treatment method. In a 2013 study, researchers investigated whether the language and visualization techniques used in neuro-linguistic programming would help children with special education needs be better prepared for learning in the classroom.

Researchers concluded NLP techniques helped the children develop a positive state of mind conducive to learning. However, it was also explained that these were “brief, tentative conclusions.” In addition to other limiting factors, the sample consisted of only seven children.

NLP practitioners claim eye movement can be a reliable indicator for lie detection. In 2012, researchers tested this claim in a series of three studies. 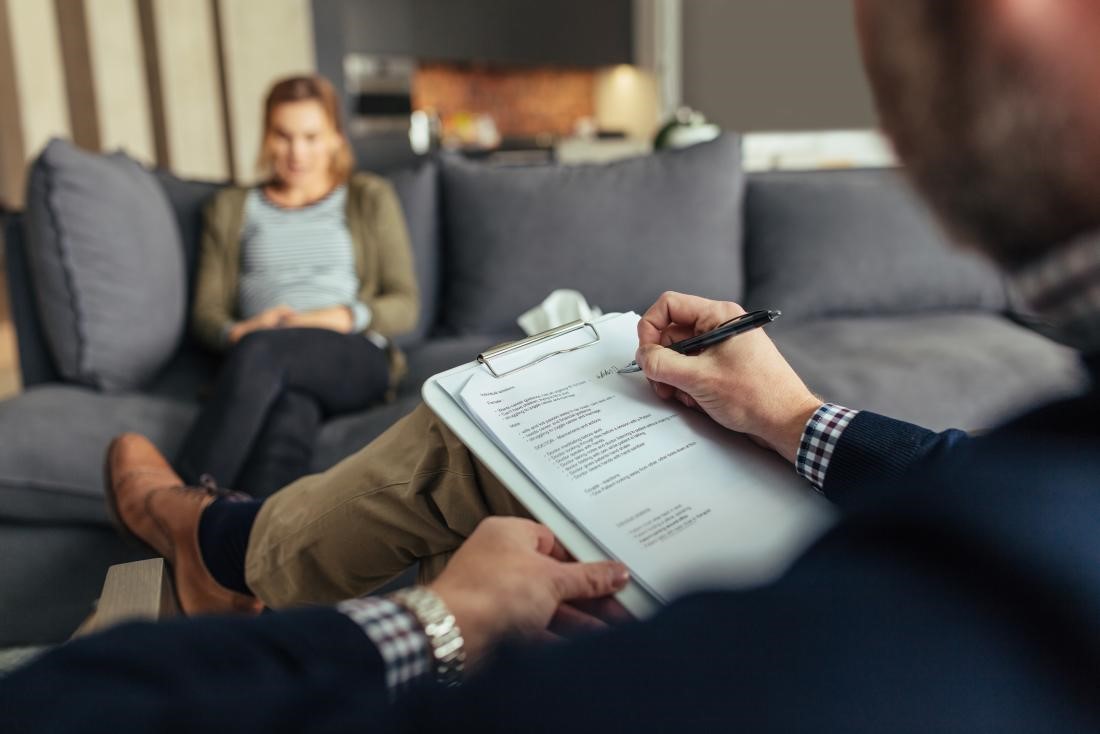 The first study shows the eye movements of participants who were telling the truth or lying did not match the proposed NLP patterns. And on the second study, one group was told about the NLP eye movement hypothesis while the control group was not.

A systematic review of the impact of NLP on health was conducted by researchers in 2012. In this review, ten studies addressing issues including substance abuse, anxiety, weight management, morning sickness, and claustrophobia were evaluated. The researchers concluded that while strong evidence did not exist of NLP being ineffective, there was little evidence to suggest NLP interventions improved health.