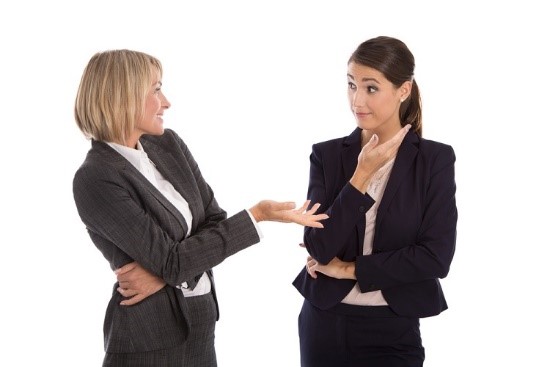 From our handshakes to our hairstyles, nonverbal details reveal who we are and impact how we relate to other people.

Want to brush up on your skills? Review this list of nonverbal skills and work on any areas where you think you could improve.

1. Avoid slouching. Sit with your back straight up against the chair or lean slightly forward to convey engagement.

2. Steer clear of smiles or laughter when messages are serious.

3. Display some animation with your hands and facial expressions to project a dynamic presence. (But avoid talking with your hands excessively, which can appear unprofessional and unpolished.)

4. Don’t bring your phone, a drink, or anything else that could distract you during an interview or meeting.

5. Eliminate fidgeting and shaking of limbs.

Your nonverbal communications during a job interview can either support the tone of your conversation or leave the interviewer wondering whether you’re all talk and no substance. Displaying nonverbal behaviors that are a match for your messages can help you to convince employers that you are genuinely interested in the job and suited for the work.

Another hiring factor is the subject’s apparent ability to relate effectively with clients, co-workers, and other stakeholders.

For example, subtly mirroring interviewers’ body language can make you appear more trustworthy to them. In the same vein, lack of eye contact is a sign of low confidence and an inability to truly engage with others. 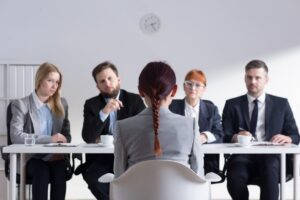 In general, what’s most important is to be positive and engaging. If you feel confident about your ability to do the job and know you’ll be an asset to the employer, you can show that by your actions as well as your words.

What Are Types Of Nonverbal Communication

Facial expressions are responsible for a huge proportion of nonverbal communication.

Consider how much information can be conveyed with a smile or a frown. The look on a person’s face is often the first thing we see, even before we hear what they have to say.

While nonverbal communication and behavior can vary dramatically between cultures

Paralinguistic refers to vocal communication that is separate from actual language. This includes factors such as tone of voice, loudness, inflection, and pitch.

A cold tone of voice might suggest that you are actually not fine, but you don’t wish to discuss it.

A bright, happy tone of voice will reveal that you are actually doing quite well. A somber, downcast tone would indicate that you are the opposite of fine and that perhaps your friend should inquire further. 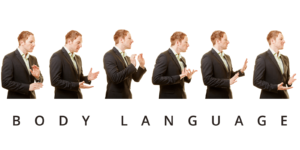 Posture and movement can also convey a great deal of information. Research on body language has grown significantly since the 1970s, but popular media have focused on the over-interpretation of defensive postures, arm-crossing, and leg-crossing, especially after publishing Julius Fast’s book Body Language.

While these nonverbal behaviors can indicate feelings and attitudes, research suggests that body language is far more subtle and less definitive than previously believed.

Communicating through touch is another important nonverbal communication behavior. There has been a substantial amount of research on the importance of touch in infancy and early childhood.

the tone of voice might tell you a great deal about what that person is really trying to say.