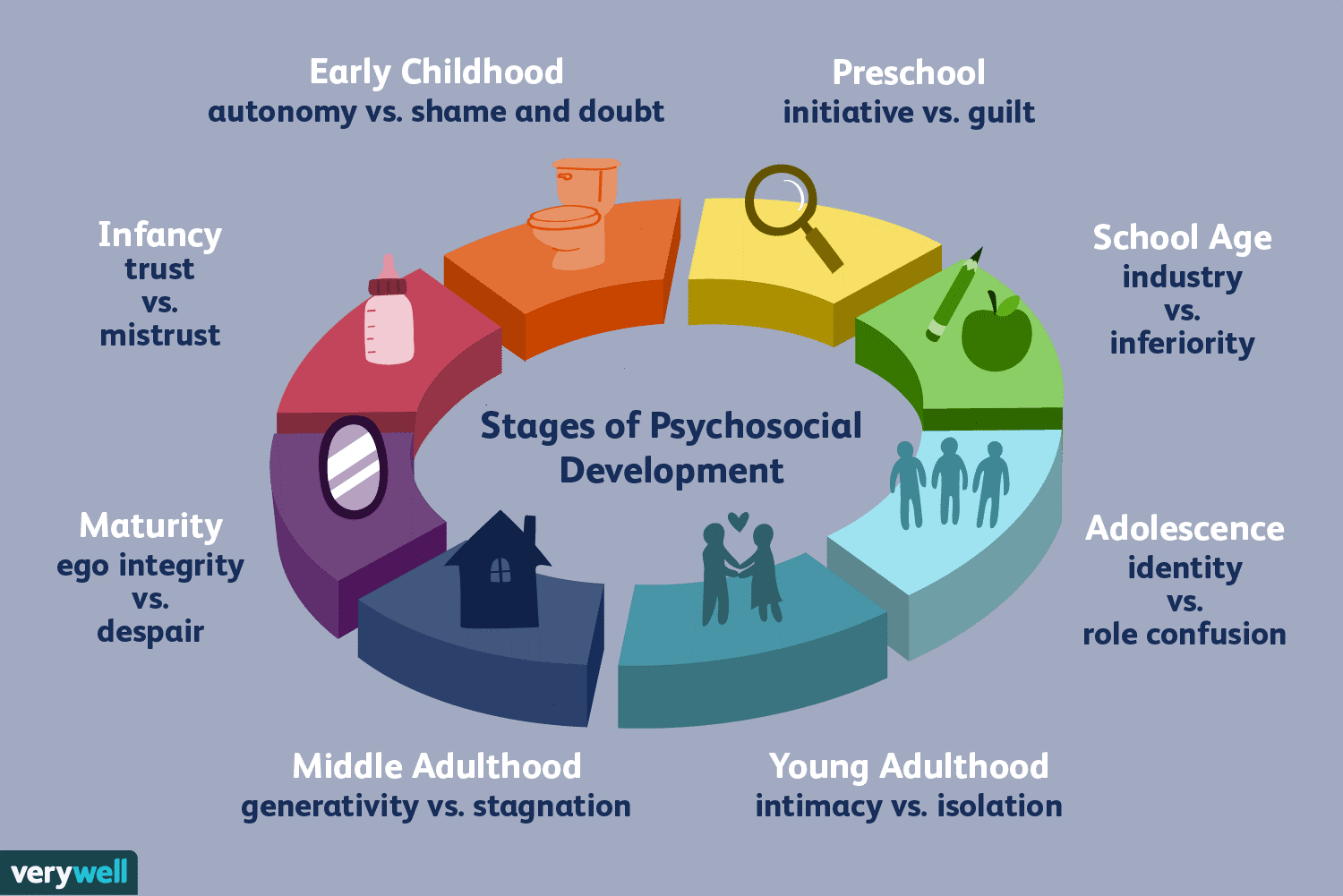 Psychosocial stages of development Erikson focuses on the resolution of different crises to become a successful, complete person.

Erik Erikson (1902–1994) was a stage theorist who took Freud’s controversial theory of psychosexual development and modified it as a psychosocial theory.

Erikson emphasized that the ego makes positive contributions to development by mastering attitudes, ideas, and skills at each stage of development. This mastery helps children grow into successful, contributing members of society.

During each of Erikson’s eight stages, there is a psychological conflict that must be successfully overcome in order for a child to develop into a healthy, well-adjusted adult. 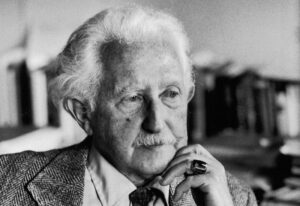 According to the theory, successful completion of each stage results in a healthy personality and the acquisition of basic virtues. Basic virtues are characteristic strengths which the ego can use to resolve subsequent crises.

Erikson’s stages of psychosocial development are based on (and expand upon) Freud’s psychosexual theory. Erikson proposed that we are motivated by the need to achieve competence in certain areas of our lives.

According to psychosocial theory, we experience eight stages of development over our lifespan, from infancy through late adulthood. At each stage, there is a crisis or task that we need to resolve. Successful completion of each developmental task results in a sense of competence and a healthy personality. Failure to master these tasks leads to feelings of inadequacy.

Erikson also added to Freud’s stages by discussing the cultural implications of development; certain cultures may need to resolve the stages in different ways based upon their cultural and survival needs.

From birth to 12 months of age, infants must learn that adults can be trusted. This occurs when adults meet a child’s basic needs for survival. Infants are dependent upon their caregivers, so caregivers who are responsive and sensitive to their infant’s needs help their baby to develop a sense of trust; their baby will see the world as a safe, predictable place.

Unresponsive caregivers who do not meet their baby’s needs can engender feelings of anxiety, fear, and mistrust; their baby may see the world as unpredictable. If infants are treated cruelly or their needs are not met appropriately, they will likely grow up with a sense of mistrust for people in the world.

During the elementary school stage (ages 6–12), children face the task of industry vs. inferiority. Children begin to compare themselves with their peers to see how they measure up.

They either develop a sense of pride and accomplishment in their schoolwork, sports, social activities, and family life, or they feel inferior and inadequate because they feel that they don’t measure up.

however, If children do not learn to get along with others or have negative experiences at home or with peers, an inferiority complex might develop into adolescence and adulthood.

In adolescence (ages 12–18), children face the task of identity vs. role confusion. According to Erikson, an adolescent’s main task is developing a sense of self. Adolescents struggle with questions such as “Who am I?” and “What do I want to do with my life?”

Along the way, most adolescents try on many different selves to see which ones fit; they explore various roles and ideas, set goals, and attempt to discover their “adult” selves.

In addition, Adolescents who are successful at this stage have a strong sense of identity and are able to remain true to their beliefs and values in the face of problems and other people’s perspectives.

When adolescents are apathetic, do not make a conscious search for identity, or however are pressured to conform to their parents’ ideas for the future, Therefore they may develop a weak sense of self and experience role confusion.

They will be unsure of their identity and confused about the future. However, Teenagers who struggle to adopt a positive role will likely struggle to “find” themselves as adults.

People in early adulthood (the 20s through early 40s) are concerned with intimacy vs. isolation. After we have developed a sense of self in adolescence, we are ready to share our life with others. However, if other stages have not been successfully resolved, young adults may have trouble developing and maintaining successful relationships with others.

Erikson said that we must have a strong sense of self before we can develop successful intimate relationships. In other words, Adults who do not develop a positive self-concept in adolescence may experience feelings of loneliness and emotional isolation.

Therefore, when people reach their 40s, they enter the time known as middle adulthood, which extends to the mid-60s. The social task of middle adulthood is generativist vs. stagnation.

Generativist involves finding your life’s work and contributing to the development of others through activities such as volunteering, mentoring, and raising children.

During this stage, middle-aged adults begin contributing to the next generation, often through childbirth and caring for others; they also engage in meaningful and productive work that contributes positively to society.

Therefore, Those who do not master this task may experience stagnation and feel as though they are not leaving a mark on the world in a meaningful way; they may have little connection with others and little interest in productivity and self-improvement.

Integrity versus Despair is the last stage of development Erikson’s theory of psychosocial. From the mid-60s to the end of life, we are in the period of development known as late adulthood. Erikson’s task at this stage is called integrity vs. despair.

In conclusion, He said that people in late adulthood reflect on their lives and feel either a sense of satisfaction or a sense of failure. People who feel proud of their accomplishments feel a sense of integrity, and they can look back on their lives with few regrets.

However, people who are not successful at this stage may feel as if their life has been wasted. They focus on what “would have,” “should have,” and “could have” been.

They face the end of their lives with feelings of bitterness, depression, and despair.